Michael Longhurst will revive his acclaimed production of CONSTELLATIONS

In an innovative producing model, devised in response to the pandemic, four brand new casts will take turns to journey through the multiverse exploring the infinite possibilities of a relationship; each refracting the play afresh. The couples are Sheila Atim and Ivanno Jeremiah (18 June – 1 August) Peter Capaldi and Zoë Wanamaker (23 June – 24 July), Omari Douglas and Russell Tovey (30 July – 11 September), and Anna Maxwell Martin and Chris O’Dowd (6 August – 12 September). The production will run in accordance with the latest UK government social distancing guidelines.

CONSTELLATIONS, co-produced with Wessex Grove and Eleanor Lloyd Productions, will take place at the Vaudeville while the Donmar Warehouse building remains closed until September 2021.

The Donmar is currently undertaking a series of essential building works at its Earlham street home to replace key infrastructure within the venue, including the lift, plant, ventilation and air-flow which are either obsolete or require major modernisation. In addition, the works significantly improve the accessibility of the Donmar through the installation of a street level ramp, automated front doors and more open and inclusive front of house spaces.

Donmar Members Priority Booking:
Steel and Copper members from 10am on Tuesday 13 April 2021
Friends from 9am (online) and 10am (telephone) on Wednesday 14 April 2021

A quantum physicist and a beekeeper meet at a barbeque. They hit it off, or perhaps they don’t. They go home together, or maybe they go their separate ways.

Nick is a playwright and screenwriter.

Michael became Artistic Director of the Donmar in 2019, launching his tenure with a revival of DavidGreig’s timely early play Europe. Shuttered by the pandemic, his celebrated Chichester Festival Theatre revival of Caroline, or Change by Tony Kushner and Jeanine Tesori will run on Broadway at Studio54 when theatres reopen, with Sharon D. Clarke reprising her Olivier Award-winning performance. Previously, Michael’s Royal Court production of Nick Payne’s Constellations transferred to the West End (starring Sally Hawkins and Rafe Spall), Broadway (starring Jake Gyllenhaal and Ruth Wilson) and toured the UK (starring Lou Brealey and Joe Armstrong) garnering Olivier and Tony nominations for its actors; winning the Evening Standard Award for Best Play, The WhatsOnStage Award for Best Design and the Manchester Theatre Award for Best Visiting Production. Michael also directed Gyllenhaal in his American stage debut at the Roundabout Theatre in Nick Payne’s If There IsI Haven’t Found It Yet.

In the multiverse, with every possible future ahead of them, a love of honey could make all the difference.

Sheila Atim MBE has garnered a host of accolades and awards that belie the fact she’s a relativenewcomer to the industry.

This year sees Sheila take on the role of ‘Mabel’ in Barry Jenkins’ The Underground Railroad on Amazon Prime, star alongside Halle Berry in Berry’s directorial debut, Bruised, and as a guest lead in Netflix’snew British crime drama series The Irregulars. Sheila plays series regular ‘Limehouse Nell’ in Hulu’s Harlots. Other TV credits include The Pale Horse, The Feed and Bounty Hunters.

In 2018, Sheila won the Olivier Award for Best Supporting Actress in a Musical, for her performance as‘Marianne Laine’ in Girl From The North Country at the Old Vic Theatre.  She received rave reviews as‘Emilia’, acting alongside Mark Rylance and Andre Holland in Othello at Shakespeare’s Globe Theatre,London and has performed with the Royal Shakespeare Company, at the Donmar Warehouse and the National Theatre.

As well as her Olivier Award, Sheila has won the Critics’ Circle Award, The Clarence Derwent Award and was nominated at the Evening Standard Awards. Sheila’s debut play, Anguis, premiered at the Edinburgh Fringe Festival in 2019. That same year, Sheila composed the music for Time is Love, CheWalker’s production at the Finborough Theatre.

Ivanno Jeremiah is a British-Ugandan actor and writer who has appeared in a range of theatre, films and television.

His theatre credits include The Suit, Peter Brook’s Théâtre des Bouffes du Nord Tour; The Convert (Young Vic), Truth and Reconciliation (Royal Court), A Soldier’s Tale (City of London Sinfonia), Measure for Measure (Young Vic), The Nether (Royal Court), Julius Caesar (RSC). His television credits include A Discovery of Witches, Cold Feet, Counterpart, Humans, Doctor Who, Black Mirror: Shut Up and Dance, The Jury, Injustice, Enterprice and The Hollow Crown. He has also appeared in films including The Flood, The Veteran, No More Wings and Bees Make Honey.

Peter Capaldi played the Twelfth doctor in Doctor Who, and ferocious spin doctor Malcolm Tucker in four series of The Thick of It (for which he won a BAFTA) and film spin off In the Loop. He played MrMicawber in Armando Iannucci’s David Copperfield last year and will be seen later this year in James Gunn’s The Suicide Squad and Terence Davies’ biography of Siegfried Sassoon, Benediction. As a director and writer he won an Oscar and BAFTA for his short film Franz Kafka’s It’s a WonderfulLife, and directed the first two series of BAFTA award winning comedy Getting On. He also wrote and directed Bafta nominated The Cricklewood Greats.

Zoë Wanamaker CBE is an American-born British actress who has worked extensively on stage and screen. A nine-time Olivier Award nominee, she won for Once in a Lifetime and Electra. She has also received four Tony Award nominations for her work on Broadway; for Piaf, Loot, Electra, and Awakeand Sing!.

Wanamaker’s film appearances include Wilde, Harry Potter and the Philosopher’s Stone, and My Week with Marilyn. She was twice nominated for the BAFTA TV Award for Best Actress, for Prime Suspectand Love Hurts, and starred as Susan Harper in the long-running sitcom My Family. She has also appeared in the ITV dramas Agatha Christie’s Poirot, Mr Selfridge, and Girlfriends.

Rising star Omari Douglas was most recently seen in multi-BAFTA-winning writer, Russell T Davies’ 5- part series for Channel 4/HBO Max, It’s A Sin. The series has already had 18.9 million views on All 4, making it the streaming service’s biggest ever instant box set, third biggest series to date and most binged new series ever.

Omari trained at the Arts Educational Schools in London, graduating in 2015. His theatre credits include Rush (King’s Head Theatre), Peter Pan and Jesus Christ Superstar (Regent’s Park Open Air Theatre), Clarke Peters’ Five Guys Named Moe (Marble Arch Theatre), Kneehigh’s Tristan & Yseult(Shakespeare’s Globe), The Life (Southwark Playhouse), Annie Get Your Gun (Sheffield Crucible) andHigh Society at The Old Vic. Omari returned to The Old Vic to perform in Emma Rice’s adaptation of Wise Children, the inaugural production for her new company of the same name. The production then toured several cities around the UK. Omari was due to reprise his role in Rush at London’s TrafalgarStudios in June. However, due to Covid-19, the West End run has been postponed. Instead, an exclusive first reading of the script was streamed online.

Award winning actor Russell Tovey can recently be seen as a leading role in ITV/Hulu drama series The Sister. He was nominated for a 2020 Critics’ Choice Award for best supporting actor for his role inRussell T. Davies’ critically acclaimed BBC/HBO Drama series Years and Years. He can also be seen inThe Good Liar for Warner Bros, ITV/PBS drama series Flesh and Blood and he has recently completedfilming on Sony’s Screen Gems romantic drama Text For You. Russell also co-hosts art podcast, Talk Art, interviewing leading artists, curators, gallerists and celebrities. Talk Art will be releasing a book this May.

Other film and television credits include: Pride, The Pass, The Lady in the Van, The History Boys,Looking, Legends of Tomorrow, The Flash, Being Human, Him and Her, The Job Lot, Sherlock, Quantico andDoctor Who. Noteworthy stage credits include Pinter at the Pinter: The Lover/The Collection (Harold Pinter Theatre), Angels In America, His Dark Materials, His Girl Friday, Henry V, Howard Katz (National Theatre), A View From The Bridge (Lyceum Theatre, Broadway), The History Boys (National Theatre/Broadhurst Theatre, Broadway), The Pass, A Miracle, Plasticine (Royal Court) and A Respectable Wedding (Young Vic).

Anna’s prolific career has earned her two BAFTAS (Best Actress, 2006 for Bleak House and Best Actress 2009 for Poppy Shakespeare) and a further 3 nominations. Anna’s extensive work in theatre includesroles such as; Lyra Belacqua in the original 2003 National Theatre production of His Dark Materials (dir.Nicholas Hytner), Sally Bowles in Rufus Norris’ production of Cabaret (The Lyric), Isabella in Measurefor Measure (dir. Michael Attenborough)at(The Almeida), Lady Macbeth in Carrie Cracknell’s production of Macbeth (Young Vic), Irina in Katie Mitchell’s Three Sisters (National Theatre) and most recently the role of Kitty in Consent directed by Roger Michell (National Theatre). Anna’s last performance at the Donmar Warehouse was as Alexandra in The Little Foxes directed by Marianne Elliot. Some of her best-known TV credits include North and South , The Bletchley Circle, Death Comes to Pemberley, Midwinter of the Spirit, the BAFTA award winning White Girl, Mother’s Day and Series 1, 2 and 3 of Motherland. Most recently Anna can be seen in series 5 of Line of Duty as DCS Patricia Carmichael and as Beelzebub in Neil Gaiman’s Good Omens. Anna’s work last year includes feature film The Personal History of David Copperfield, Code 404, The Duke and Netflix series The Irregulars.

The Royal Court Theatre is the writers’ theatre. It is a leading force in world theatre for cultivating and supporting writers – undiscovered, emerging and established. Since 1956, we have commissioned and produced hundreds of writers, from John Osborne to Jasmine Lee-Jones. Royal Court plays from every decade are now performed on stage and taught in classrooms and universities across the globe.

Through the writers, the Royal Court is at the forefront of creating restless, alert, provocative theatre about now. We open our doors to the unheard voices and free thinkers that, through their writing, change our way of seeing. Through all our work we strive to inspire audiences and influence future writers with radical thinking and provocative discussion. 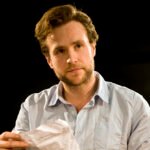 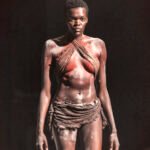