TheatreVibe was born in the coronavirus pandemic of 2020.

“It’s like a sporting event of the heart – where you’re gathered in a space, often shoulder to shoulder, breathing the same air, experiencing the same sensory input, and letting your thoughts and emotions go on an unpredictable ride together.”    Janelle Snow

Lizzie Loveridge is a member of the Critics Circle with extensive experience in reviewing plays and musicals.

At age six she was taken to the Arts Theatre Cambridge to see Cyril Fletcher in pantomime and had trouble rubbing her tummy with one hand and patting her head with the other.

Her first Hamlet was in broad daylight at Trinity Hall in Cambridge when the background to the ghost was punt poles showing above the wall and noisy boaters on the river and she fell in love with Horatio. 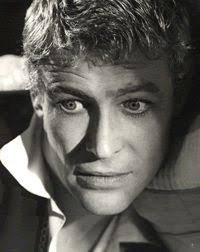 Later, while still at school,  spurred on by David Lean’s film of Lawrence of Arabia, she saw Peter O’Toole play Hamlet directed by Lawrence Olivier at the first National Theatre production at the Old Vic before Denys Lasdun’s South Bank building was ready.   Michael Redgrave was Claudius,  Max Adrian was Polonius, Diana Wynyard was Gertrude and Rosemary Harris, Jennifer Ehle’s mother was Ophelia.  Derek Jacobi was Laertes and, just out of RADA, an attendant lord was played by someone listed in the programme as Mick Gambon.  Lizzie saw this production three times, once in seats paid for by her father, and twice she stood leaning on a pillar for the four and a quarter hour play.

Hamlet remains her favourite play and she has now seen it almost 40 times.   In the mid 90s she started reviewing for an internet theatre magazine and in January 2000 joined Curtain Up as their London theatre critic.

Reece George has set up and designed the website and is passionate about musical theatre.

Our reviews are knowledgeable, free to access and aim to inform you, tell you what the production feels like and describe it so you can decide if this is something you want to see and pay for! 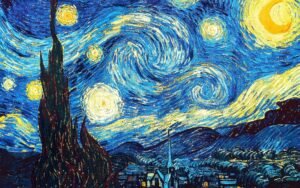 We do not give star ratings routinely, although you may occasionally find in the text the mention of a five star production. Why no stars? We think that stars are a shorthand which leads to less knowledge of the shows themselves, as people only look at the star ratings and don’t read the review. If you want a short review, only read the first and last paragraphs. We consider that the star rating system itself is broken with the printed press dependency on advertising revenue and pressure on editors to give more stars per review.

Also, we have seen the rise of websites which only give four or five star reviews making a nonsense of a rating system. Of course these high star reviews are welcomed by the press reps and marketing professionals for advertising the shows, but we find these manufactured stars extremely shallow and therefore unreliable. We also believe in an individual’s right to choose for themselves what is a one star as opposed to a five star production. Our reviews are a guideline only to what we have liked.

We have an extensive archive which we are putting on the site so you can read about the great shows, and the not so great, that we have seen in the past. Each review will list the cast and creatives, the song list for a musical as well as the running time. So TheatreVibe will be a site of record.

Please bear with us as we develop the site up to full capacity. In these sad times of theatre threatened by the impact of coronavirus, reading about past productions can help you and us to relive the magic of theatre.

News Items are reproduced from the publicist’s press release and the views contained are not necessarily those of TheatreVibe.