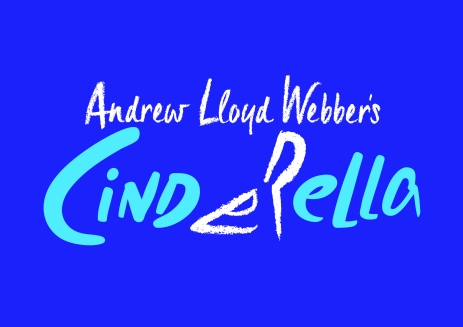 With a script from 2021 Oscar winner EMERALD FENNELL, Cinderella, the reinvention of the classic fairytale, will resume performances at the Gillian Lynne Theatre on Wednesday 18 August

Like Jesus Christ Superstar and Evita, Andrew Lloyd Webber's Cinderella will release the album before the staging

The full album of ‘Cinderella,’ recorded earlier this year during lockdown, features a unique combination of cast members and guest artists and is due for release early next year

October 30, 2020 —Polydor Records/UMe has announced the forthcoming release of Andrew Lloyd Webber’s Cinderella: The Musical (Original London Cast Recording).  The album features cast from the highly anticipated new theatre production, which was originally meant to have opened in October 2020, along with appearances from some surprise guest vocalists.

Andrew said, “50 years ago I couldn’t get Jesus Christ Superstar on stage as nobody wanted to produce it, so it appeared on record first. It’s so strange to find history repeating itself half a century later with the album of the complete score of my new Cinderella. I can’t get Cinderella on stage because I’m not allowed to, so I have gone back to my roots and recorded the album first.”

Recording for began in March 2020 and continued through lockdown with Andrew recording artists remotely and producing the majority of the score from his home. Once it was feasible, the recording process proceeded via socially distanced studio sessions in London. 20th juneThe first song from the album is “Bad Cinderella” performed by Carrie Hope Fletcher, who will star as Cinderella in the production which is due to open in London’s West End Spring 2021. “Bad Cinderella” launches across all DSPs today, here: https://cinderella.lnk.to/BadCinderellaWE

“Bad Cinderella” is the first original material to be released by Andrew Lloyd Webber in five years, since School of Rock The Musical launched in 2015. It follows his personally curated compilation, Unmasked: The Platinum Collection in 2018 which featured performances from a diverse range of artists including Lana Del Rey, Beyoncé, Gregory Porter, Barbra Streisand, Michael Ball and many more.

Cinderella will open at the Gillian Lynne Theatre with previews from 25th June 2021. Ticket holders will be contacted individually to rearrange their plans and further information is available at www.andrewlloydwebberscinderella.com

The production, a complete reinvention of the classic fairytale, is based on an original idea by Emerald Fennell, the Emmy® Award nominated lead scriptwriter of the second season of international smash hit Killing Eve, with a brand new score from the legendary composer and lyrics by David Zippel.

Fennell’s new film A Promising Young Woman, that she wrote and directed and which stars Carey Mulligan, will open this Autumn.  As an actress she played Patsy Mount on the BBC’s Call The Midwife and currently depicts Camilla Parker Bowles on the Netflix hit The Crown.

The show’s lyrics are by David Zippel, a multi-award winner for Broadway productions including City of Angels for which he won the Tony Award® for Best Score, The Goodbye Girl, The Woman in White and Liza at the Palace, as well as for work on film including Disney’s Hercules and Mulan, both of which received Oscar® nominations.

Cinderella will reunite Andrew Lloyd Webber with director Laurence Connor and choreographer JoAnn M Hunter, who previously worked on the Olivier Award winning international hit School of Rock and the recent, sold-out production of Joseph & the Amazing Technicolor Dreamcoat at The London Palladium, which returns to the venue in Summer 2021.

Carrie Hope Fletcher will play Cinderella in the eagerly awaited new production at the Gillian Lynne Theatre.  She has starred in Heathers (Theatre Royal Haymarket), The Addams Family (UK Tour), Chitty Chitty Bang Bang (UK Tour), Mary Poppins (Prince Edward Theatre), and most recently played Fantine in Les Miserables at the Sondheim Theatre.  She is also a bestselling author and social media personality.Cinderella will also star Victoria Hamilton-Barritt as the Stepmother. All further creative team and cast announcements regarding Cinderella will be made at a later date. 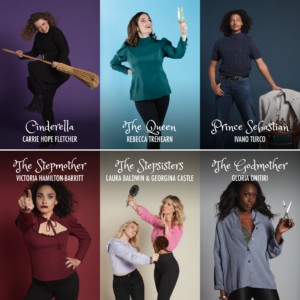 With script from 2021 Oscar winner EMERALD FENNELL, the reinvention of the classic fairytale begins performances at The Gillian Lynne Theatre on 25th June 2021

REBECCA TREHEARN as The Queen, GLORIA ONITIRI as The Godmother and GEORGINA CASTLE & LAURA BALDWIN as Stepsisters Marie and Adele complete principal cast

They join previously announced CARRIE HOPE FLETCHER as Cinderella, IVANO TURCO as Prince Sebastian and VICTORIA HAMILTON-BARRITT as The Stepmother

They join Carrie Hope Fletcher, as title character Cinderella in the highly anticipated new production, as well as Ivano Turco as Prince Sebastian and Victoria Hamilton-Barritt playing The Stepmother.

The production is a complete reinvention of the classic fairytale, written by and based on an original idea from Emerald Fennell, the Oscar winning writer of the recently released, critically acclaimed film Promising Young Woman, and scriptwriter/Executive Producer of the of international smash hit Killing Eve.  As an actress she is known to millions as Patsy in the BBC’s Call The Midwifeand as Camilla Parker Bowles in the Netflix hit The Crown.

Cinderella has a brand new score from Andrew Lloyd Webber and lyrics by David Zippel, a multi-award winner for Broadway productions including City of Angels, The Goodbye Girl, The Woman in White and Liza at the Palace, as well as for work on film including Disney’s Hercules and Mulan, both of which received Oscar nominations.

The production reunites legendary composer Andrew Lloyd Webber with director Laurence Connor and choreographer JoAnn M Hunter, who previously worked on the Olivier Award winning international hit School of Rock and the recent, sold out production of Joseph & the Amazing Technicolor Dreamcoat at The London Palladium, which returns to the venue this Summer.

Ahead of Cinderella’s arrival at the Gillian Lynne Theatre, LW Theatres has carried out internal upgrade work to the building including the addition of more toilets and refurbishment to areas of the auditorium and Front of House, as well as adopting measures to welcome back audiences safely.

All further information is available at www.andrewlloydwebberscinderella.com

Ticket prices start from £19.50 (during previews) 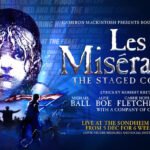