Daniel Evans's production of South Pacific to Manchester, Sadler's Wells and tour in 2022

FOR OUR REVIEW IN CHICHESTER GO HERE

The production will then tour to Dublin, Newcastle, Birmingham, Glasgow, Cardiff, Nottingham, Edinburgh, Leeds and Canterbury, with Gina Beck as Nellie and further casting to be announced.

This much-loved Tony and Pulitzer Prize-winning musical, set on a South Pacific island during World War ll, boasts one of Rodgers & Hammerstein’s most memorable scores, including songs such as Some Enchanted Evening, I’m Gonna Wash That Man Right Outa My
Hair and Bali Ha’i. 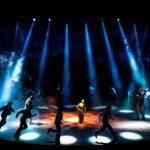 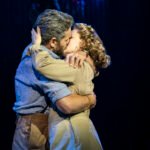