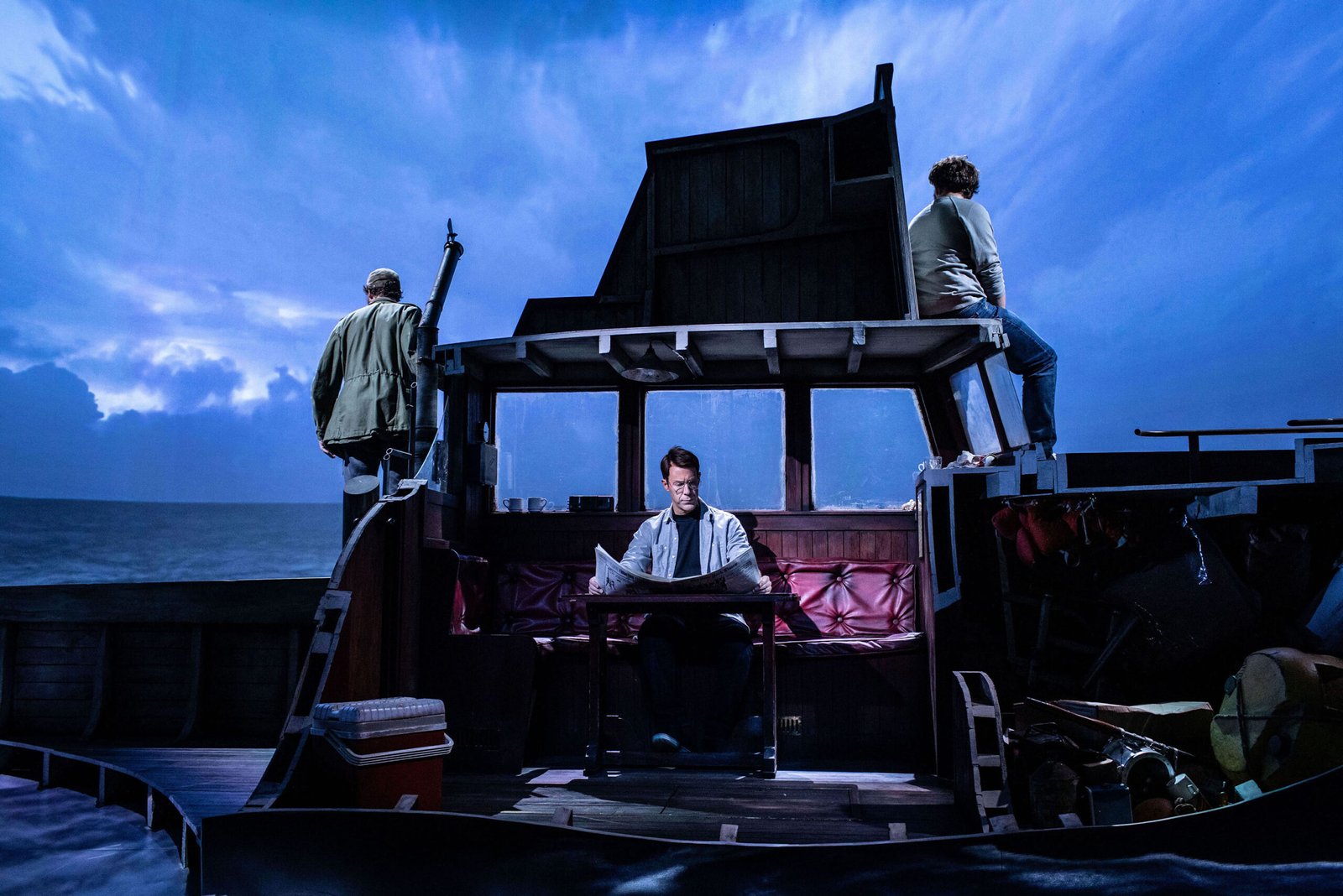 Robert Shaw's son, Ian Shaw has written this richly comic play with Joseph Nixon and in The Shark is Broken  he plays his own father.  The resemblance between father and son is remarkable, especially in profile and in voice where it is uncanny. Robert Shaw in the film plays Quint a shark hunter brought in by the town of Amity Island to restore confidence in their summer beach trade.  Roy Scheider (Demetri Goritsas) played the Chief of Police of Amity and Richard Dreyfuss (Liam Murray Scott) was a marine biologist.