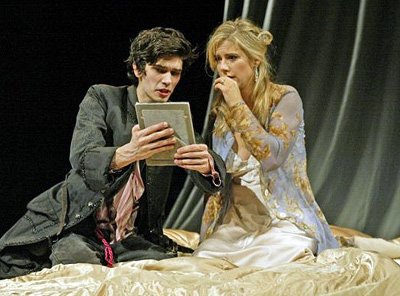 This is Sir Trevor Nunn's first Hamlet in thirty years and the publicity machine leapt into action to emphasis the youth of his cast, actors who are, or have just been students, playing Hamlet and his contemporaries, also students. It is of course a tremendous risk to take with Shakespeare's greatest tragedy to entrust the huge and demanding role of the Prince of Denmark to Ben Whishaw who is only 23 and barely out of RADA.