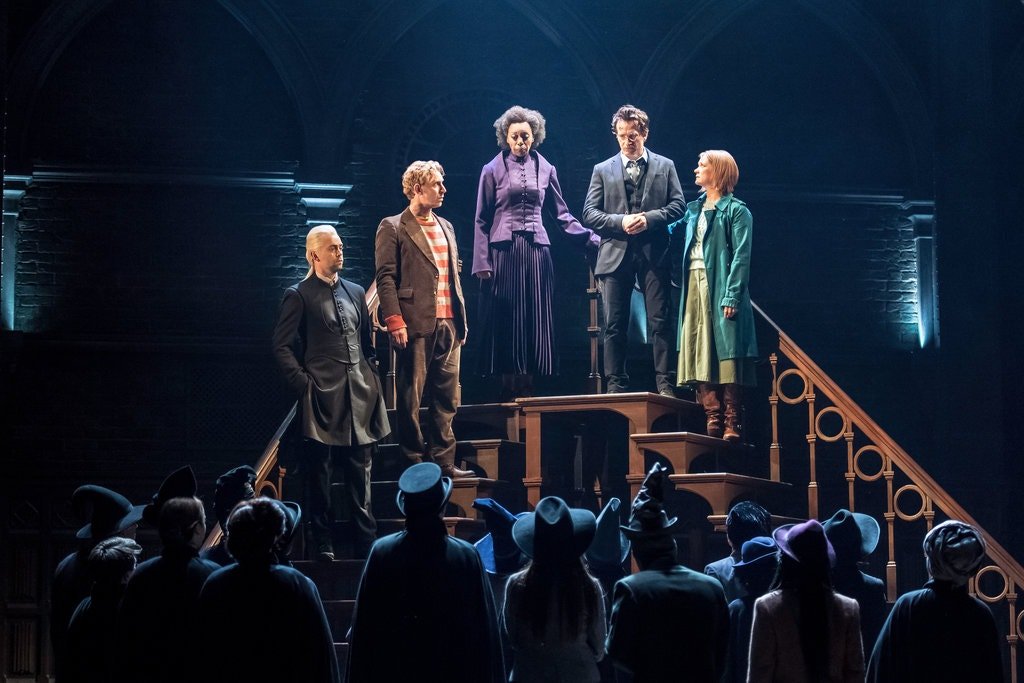 Nineteen years after Book Seven ended, we are at the station for the Potters (Jamie Parker as Harry and Poppy Miller as his wife Ginny) to see their second son Albus Severus Potter (Sam Clemmett) off to Hogwarts School for the first time.