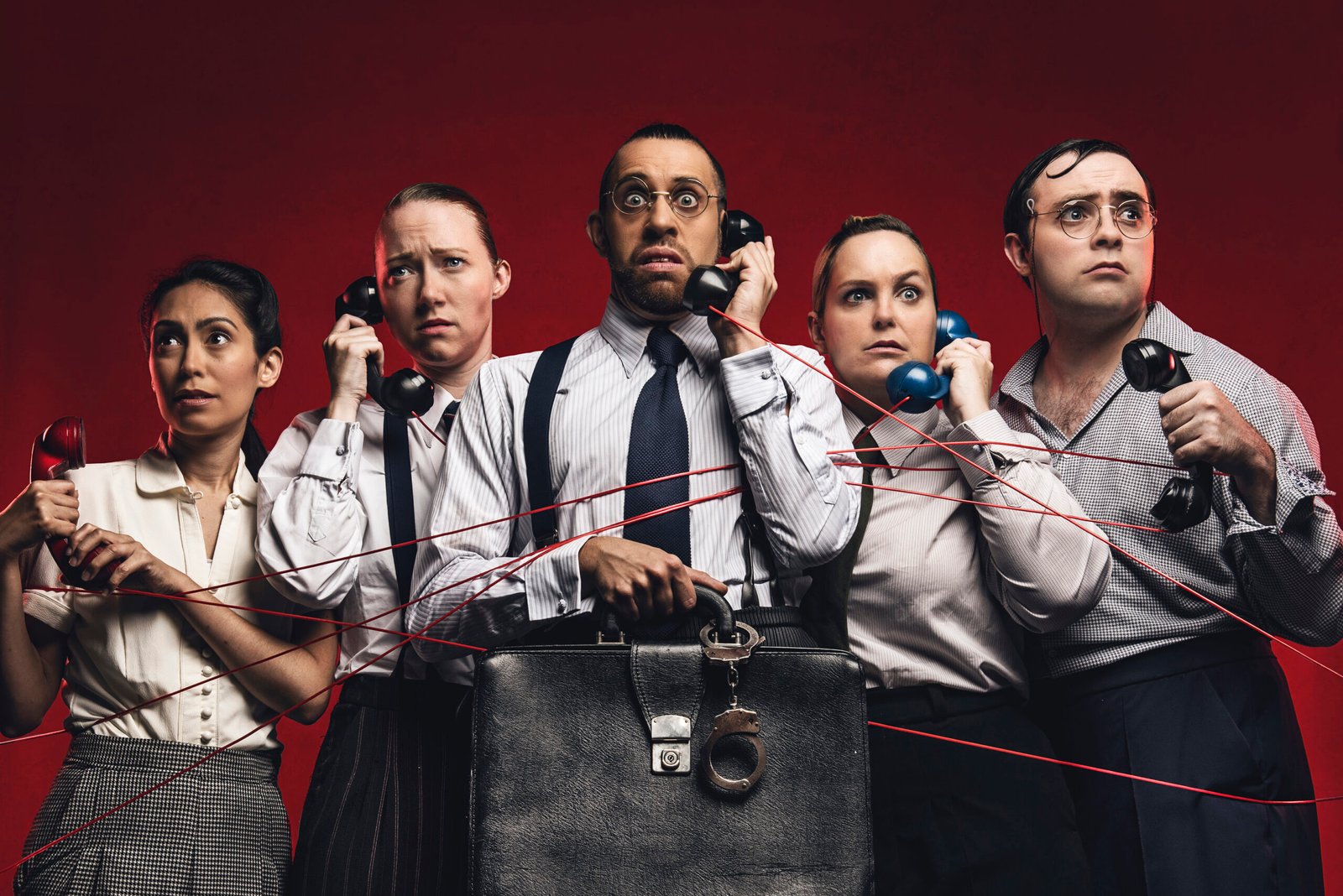 The show has the feel of a satirical musical revue as a cast of five take on and convince in multiple roles and as both genders, with dialogue as well as songs.  The setting is MI6 at the War Office in 1943 and the task is how to fool Hitler into thinking the Allied Forces will land elsewhere than Sicily.  It is a true story which fascinated my mother in the 1956 original film and is a wonderful example of British ingenuity and success.