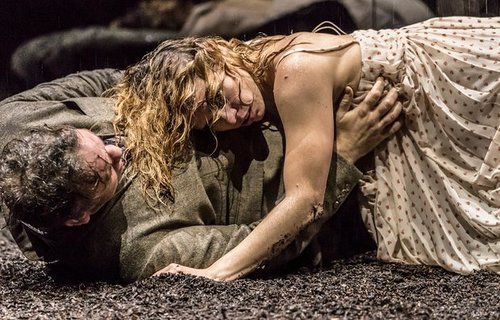 Brendan Cowell as John and Billie Piper as Her (Photo: Johan Persson)

Reviewed at the Young Vic is Australian director Simon Stone's adaptation and direction of Federico Garcia Lorca's Yerma, the story of a woman obsessed with becoming pregnant, which ends tragically. The main attraction here is not purely the admirable script but the acting of Billie Piper in the lead role. Her performance scooped the best actress awards at the Critics Circle, Evening Standard and Olivier Awards this year. Those who haven't managed to buy a ticket at the sold out Young Vic may secure one for the National Theatre Live broadcast to cinemas worldwide, to be recorded on 31st August, and shown then in the UK or thereafter in other countries.