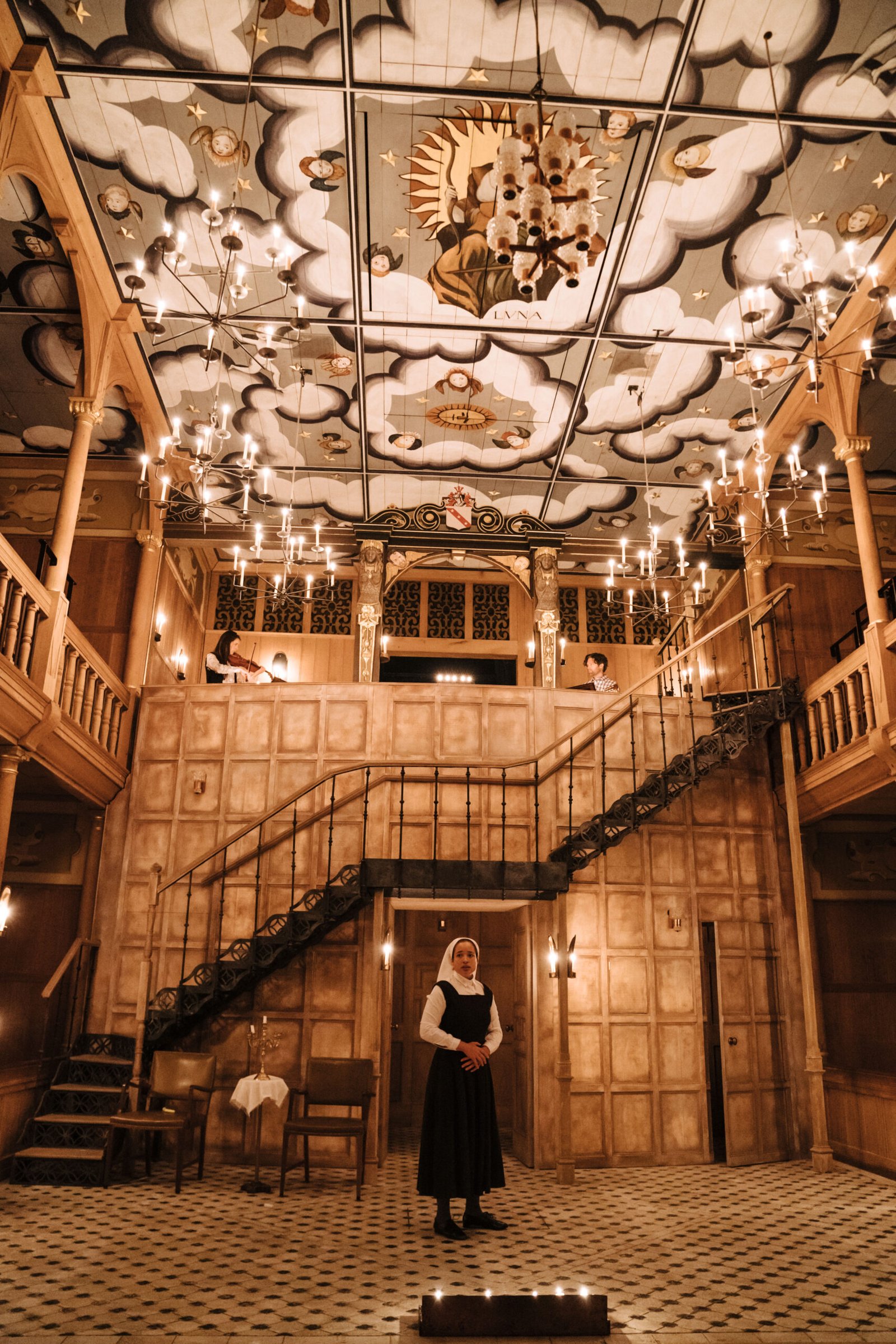 Measure for Measure  is one of Shakespeare's problem plays.  It defies categorisation, it is neither a comedy nor a tragedy nor a history.  It is beloved of lawyers because it is about the rule of law but more of that later.  Problems are a challenge to director Blanche McIntyre so she has set this play in 1975 in a degenerate society where government has lost control and lawlessness prevails.