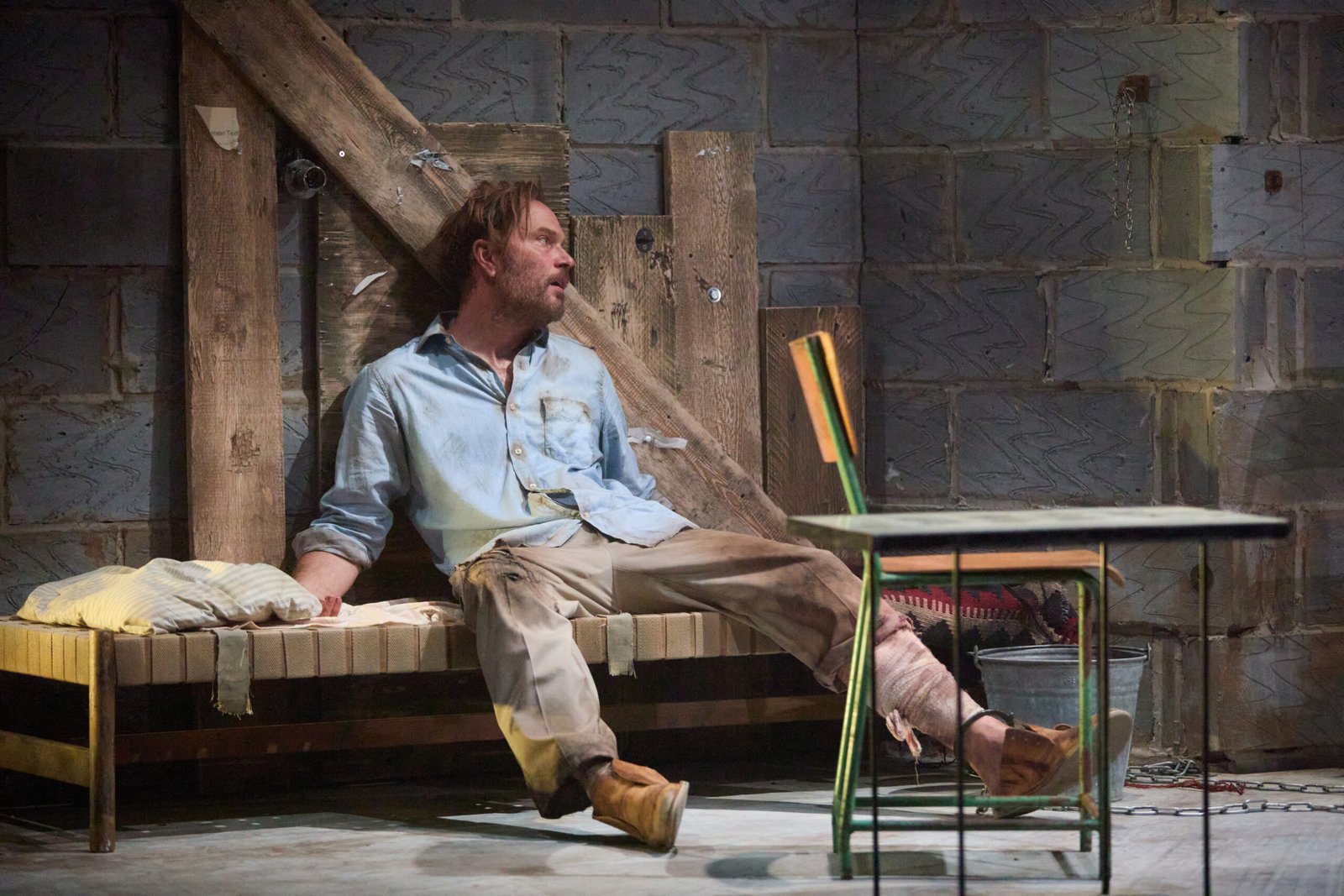 The situation for Nick Bright (Daniel Lapaine) is pretty desperate. He is a banker who when riding in his boss’s car was kidnapped by an Islamist extremist group. He is being held as a prisoner manacled in a breeze block cell and 10 million dollars is demanded as his ransom. We hear about the beheading fate of a Western journalist and the graphic video they released.