Come From Away
If you can only see one musical this year,
this is the one!

“Welcome to the rock if you come from away,
You’ll probably understand about half of what we say.
They say no man’s an island but an island makes a man,
Especially when one comes from one like Newfoundland.
Welcome to the Rock “

The excitement at the Phoenix Theatre on Thursday night for the reopening of Come From Away after 495 days was amazing.  The Mayor of Gander, Newfoundland, Claude (James Doherty) could not be heard for his first few lines because the audience were standing and screaming with excitement and clapping.  It was infectious!

We are straight into “Welcome to the Rock”.  Gander Airport used to be one of the largest in the world because it was where planes refuelled on their way across the Atlantic.  I have my father’s RAF Log Book just after the war, when he went from Heathrow to Washington on a BOAC Constellation, stopping in Prestwick, Iceland, Gander, New York and finally New York to Washington on Eastern Airways.

What happened on 11th September 2001 was that planes en route to the USA were stopped from entering American airspace and diverted to airports in Canada.  Gander a small town with a population of 10,000 took 38 commercial planes with 7,000 people on board.  The town pulled together to feed and clothe the passengers and crew, provide the babies with nappies and baby food, later offering hospitality and essentials like showers.  Imagine the pressure on telephones as they tried to check on their friends and relatives.

The musical starts with foot tapping and stamping, exciting Gaelic rhythms with some Irish jigs as Claude introduces some of the Gander residents, teachers Beulah (Jenna Boyd) and Annette (Alice Fearn) and the policeman Oz (Harry Morrison).  It is as if we are making new friends as we learn about the residents of Gander and their contribution and also the passengers of Captain Beverley Bass (Alice Fearn)’s plane, an American Airlines flight bound for Dallas, Texas.

There is strong singing from the whole ensemble but Alice Fearn is outstanding in her solo “Me And the Sky” which illustrates her credentials as the first female Captain with American Airlines. Of course she knows some of the crew on the planes brought down. 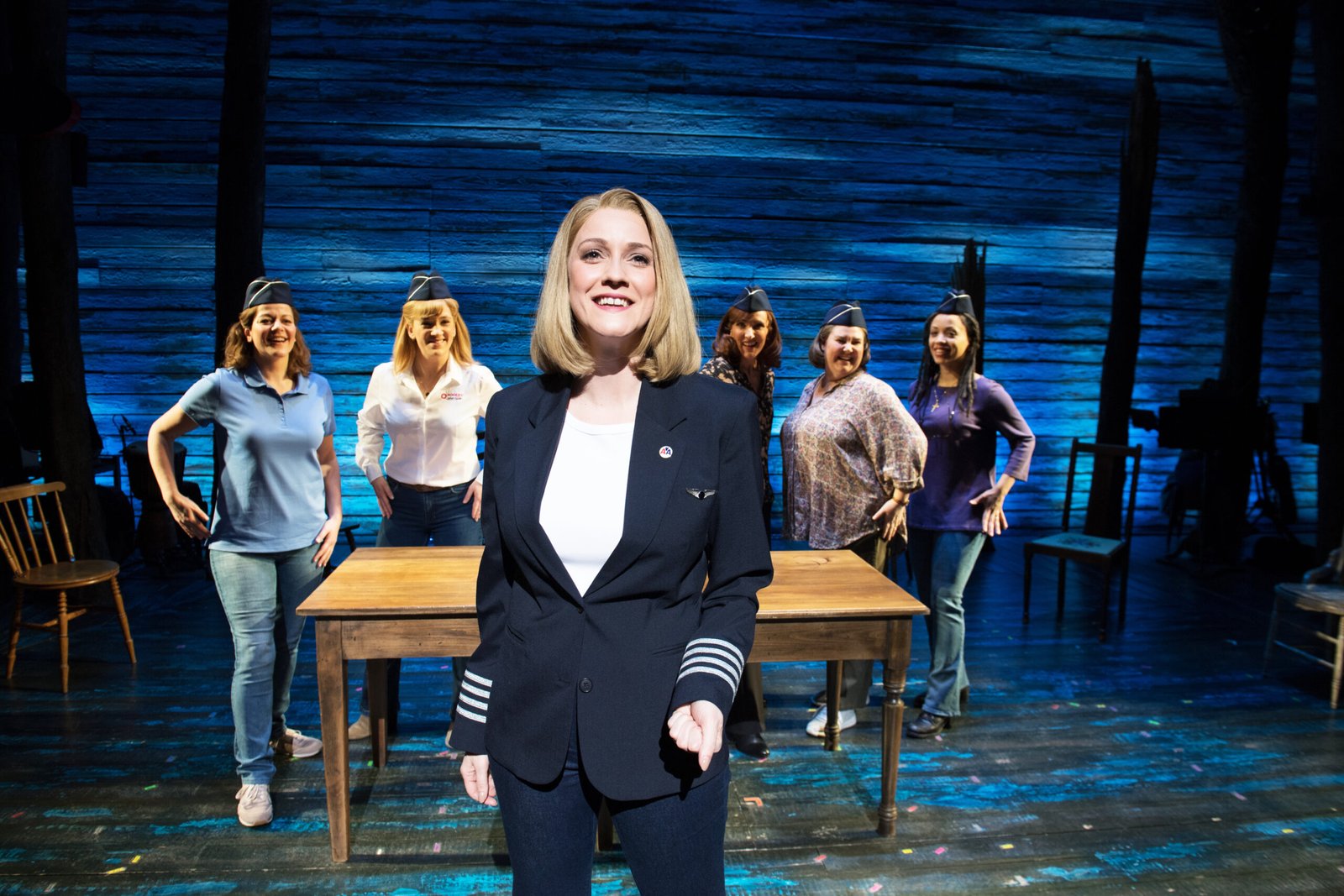 I loved Bonnie (Mary Doherty) who worked in a local animal shelter with the Society for the Prevention of Cruelty to Animals and who identified that there were animals on board the planes. She and two colleagues set about finding them from the plane manifests and making arrangements to feed and care for them: cats, dogs and even two rare Bonobos, pygmy chimpanzees. One of the cats had his epilepsy medication taped to his carrier.

Come From Away has this feel of being developed organically as we learn of people’s occupations, nationality, different languages, sexuality, religion and diets and how to cater for them.  It is exceptionally well crafted.  Of courses many of the characters are based on real people.

The two Kevins, a gay couple Kevin T (Mark Dugdale) and Kevin J (Jonathan Andrew Hume) who disagree frequently, are apprehensive about their reception as a gay couple.  There is Hannah (Gemma Knight Jones) whose son is a Brooklyn Fire fighter.  She bonds with Newfoundlandite Beulah as she anxiously waits for news of him.  “I Am Here” is her powerful solo.  A stiffly mannered Englishman Nick (Alasdair Harvey) will strike up a romance with a divorced Texan woman Diane (Kate Graham) in many comic riffs. Another true story!

Initially the passengers have to stay on board the planes and the chairs are arranged onstage in a jet aircraft formation. It is very hot weather.  Slowly rumours begin to spread about what has happed at the Twin Towers and the Pentagon.  There is a jaw dropping presentation as news of 9/11 hits the passengers.

There is great choreography, exuberant dance and clever scenes, the cardiologists in white coats on their way to a conference in Texas wave their red gloved hands at us. Comedy too, the gym teacher who speaks a little Spanish but then finds he only has a dating vocabulary!  Gander finds a lone Jewish resident whose Polish parents sent him there in the 1930s.

The backdrop of the magnificently named Beowulf Boritt’s set is boarded wood with Howell Binkley’s lighting shifts taking us to different places and changes of atmosphere.  The slickness of the cast changing characters and rearranging chairs under Christopher Ashley’s direction is perfection and impressive.

This musical has no artificiality about it and that is so unlike some musical books which can feel contrived.  This is about people behaving well and other people being grateful – the tragedy brings out the best in everybody and some of the audience are crying tears of happiness at the emotion.  This story illustrates how good people can be.

I missed Come From Away in February 2019 where a frantically opening week before the Oliviers’ eligibility close led to difficult choices and too much to cover.  It was a mistake.  I was booked in to see it on the 12th March 2020 when I was advised to stop travelling on the tube and mixing in theatres because of Covid, so I’ve waited a long time to review this fabulous show.

If Theatrevibe gave stars this would be a magnificent five stars. Can I go again, please?

Welcome to the Rock

Me and the Sky

Somewhere in the Middle of Nowhere

Come From Away
Book, Music and Lyrics by Irene Sankoff and David Hein 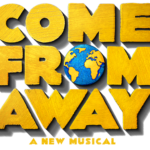 NEWS: Come From Away makes a welcome return to the Phoenix on 22nd July